I’ve written previously about a plague enthusiast claim that measles can cure cancer (it doesn’t). However, it seems that the search for positive attributes for a measles infection knows few bounds. Thus a friend shared this with me – it’s something posted by an antivaxxer in a FB thread:

Presumably this is an example of having “done their research”. Anyway, I thought it would be instructive to check on what these references actually say.

The first is an old paper – 1998 – and it’s in Medical Hypotheses, a journal well-known for publishing what might best be described as speculative ideas (here’s an example), although I gather that things have been tightened up in recent years. It’s based on a self-reported questionnaire intended to generate a “possible history” (ibid.) of febrile infectious childhood diseases (why not get the information from the anthrosposphic¹ general practitioners themselves, in addition to asking for information about the nature of the patients’ tumours?). Self-reporting is not the most reliable source of information. Mark Crislip had a few things to say about this paper (& others like it). While the authors noted a number of potential shortcomings of their study, they don’t appear to have done anything further in the area, 20 years on & counting.

The second paper on the list is this one from 2000, by Alexander et al., published in the British Journal of Cancer. In this study the researchers’ primary focus was on the role of Epstein Barr Virus (EBV) infection in the subsequent development of Hodgkin’s lymphoma (HL, or HD). They relied on self-reporting of childhood infections (incidence of disease) but don’t appear to have asked about vaccination status. They also noted a number of problems with the study: its numbers were small, especially for patients with Hodgkin’s lymphoma who were also EBV-positive; there was potential for bias in the ‘control’ sample, so that it was not representative of the ‘case’ group. And, “Evidence for a protective role for (early exposure to) nonspecific infectious agents in the aetiology of HD comes largely from proxy data.”

This one interested me because at the end of the paper, Alexander & his colleagues commented that there was another, larger study in development. This was 18 years ago, so I wondered what they had published since 2000. Well, in 2007 this paper came out, with Alexander as one of the authors. They examined “the relationship between history of MV infection and risk of developing HL in a population‐based, case/control study” of patients with Hodgkin’s lymphoma (HL), and also used PCR assays to look for direct evidence of measles infection. They certainly didn’t find a protective effect of measles infection, nor was there any evidence of measles virus involvement in the development of lymphoma. They did find that children infected with measles before reaching school age appeared to be at higher risk. This is something that’s been reported by other research teams (here, for example)².

No surprises that neither of these papers figured on the list presented to my friend.

The paper by Glaser et al. (#3 on the list) examined Hodgkin’s lymphoma in women only, and again, their primary focus was on the role of EBV infection in initiating the cancer. They didn’t look at vaccination status and relied on self-reporting of childhood infections. The conclusion includes this statement:

and they also commented that “our understanding of these epidemiologic predictors remains poor”, & called for a much larger study involving both males and females. So not exactly a smoking gun.

Paper #4 is by Gilham et al. (2005). This paper doesn’t actually look at actual infections: instead, “day care and social activity during the first year of life were used as proxies for potential exposure to infection in infancy.” They used a combination of self-reporting and cancer registry data and found that “increasing levels of social activity were associated with consistent reductions in risk of ALL [acute lymphoblastic leukemia].”

Now, the post that my friend forwarded to me includes this statement: “Glaser et al also found that lymph cancer is significantly more likely in adults who were not infected with measles, mumps or rubella in childhood.” I didn’t notice any of those diseases mentioned in the actual paper in the BMJ. So I did a search of the document.

Guess what? Not only does the paper use a proxy to measure possible exposure to infection, it doesn’t mention measles at all. Nor mumps. Nor rubella. What’s that? Plague enthusiasts telling porkies? Surely not!

Montella et al. (2006) were next on the list. This is yet another case-control study, but I can’t say much more about it because my institution doesn’t have access to the full text of the paper, which is a pity because again, it would be good to know if vaccination status was one of the variables. Thus I suspect that the presence of this paper on the list is yet another example of “doing my research” equating to that bad habit of many first-year undergraduates – relying solely on the abstract and title of a paper. (We try to break them of it early.)

And so we come to the final paper on the list: Urayama et al, (2011). Turns out that this paper doesn’t mention measles either, nor any other vaccine-preventable disease. They asked parents to report on whether or not infants (up to 12 months old) in daycare had been ill with illnesses such as severe diarrhoea or vomiting, ear infection, or persistent cough, and found that such infections in children under 6 months old appeared to have a protective effect against leukemia.

It gets better (from an evidence-based perspective): an earlier paper by Urayama et al (2009) reported that

So, that list is not strong evidence in support of an antivax stance. And it certainly doesn’t show the research skills – or the probity – of the person who wrote it in a good light.

² At this point, we need to talk about balance of risks: the known serious health risks associated with an active measles infection are far greater than those associated with vaccinating against measles. And in the context of this post, the odds of developing acute lymphoblastic leukemia are also very low – again, lower than the risks associated with measles infection. (It’s primarily a disease of childhood. In the UK about 790 cases are diagnosed each year, and in 2018, out of the UK’s total population of more than 67 million, there were ~13,000,000 children 16 years old or less.) EDIT: this article explains the risks in more detail. 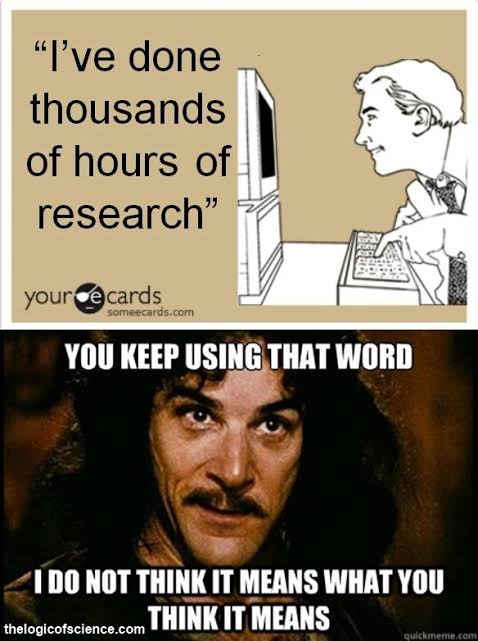