Such a statement does not go down well in New Zealand,  especially in Waikato, where the cow reigns supreme.

Quite simply, producing a serving of beef produces a staggering amount of carbon dioxide, as the diagram here from Poore and Nemecek (2018) demonstrates: 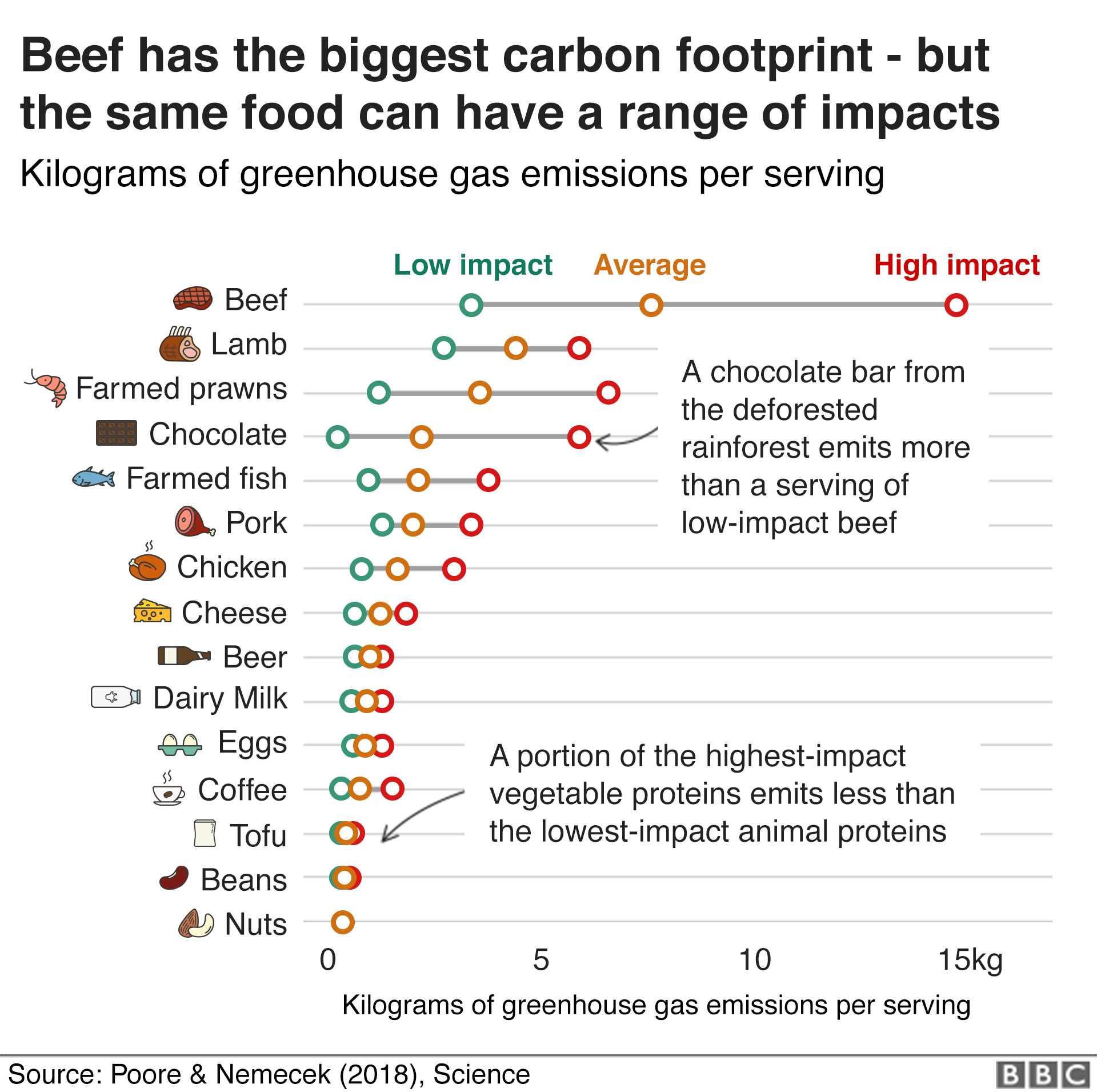 Actually, it is interesting to delve into Poore and Nemecek’s data a bit more.  As well as CO2 emissions, they look at land use, phosphate use & eutrophication, and water use. The variation across a food type from the ‘best’ to the ‘worst’ can be staggering. For example, the median stress-weighted water use for producing one ‘nutritional unit’ of tofu is 20 litres, but the mean is 3 thousand litres!  What this means is that a lot of production requires very little irrigation, while a minority of production requires huge volumes. (It is also an example of why one needs to be careful with quoting medians and means, and how a story can be spun to suit one’s own ends by picking the ‘right’ statistic.) One obvious conclusion that Poore and Nemecek make is that we (as a world) must be smarter in how we use agricultural land and resources

Finally, in relation to my last post, and climate change, it is good to hear that the “right-to-repair” campaign is making some progress, in Europe at least…  https://www.bbc.com/news/science-environment-46797396